30DaysWild – a week of pure joy

A few days ago I was asked by the BBOWT (Berks, Bucks and Oxon Wildlife Trust) to write a guest post on a week of my activities for 30DaysWild, here it is on their site: http://www.bbowt.org.uk/blog/bbowtblog/2016/06/15/taking-break-exams-week-pure-joy, I hope you enjoy it and may I remind you to take this opportunity to go out and have many adventures of your own this month and for many more to come!

The sound of nature is incredibly calming. I only realised this from spending great quantities time outside drinking in the scents, sounds and sights of wildlife and the beauty of the natural world. Hello again, yes it’s me and I’ve been rather absent for a while on account of studies; but through the repulsive smog of grade boundaries, writing paper and minuscule explosions of ink I’ve really made the time for a concept I am time after time impressed with and something I consider a great turning point in the involvement of the great British public with great British wildlife. The perceptive amongst you have probably guessed what it is (no sarcasm intended) – yes it’s the magnificent 30DaysWild!.

Unfortunately the grey world of paper and pens bound me from writing a regular post on my daily bumblings in the natural world, instead I’m doing a sort of montage of the week I’ve had, so let’s stop waffling and begin….

I begin with a trip to a lake. I am always very much enthused by these environments as they provide an extensive area over which a huge variety of wildlife can thrive, but although I came here to observe wildlife in general, what caught my eye and most definitely held my attention for the entirety of the trip was the waterfowl, and of the many that skimmed the crystal surface of the lake one particular duck was showing off. One could not fail to miss his bright and effervescent colours reflecting the glowing light, the droplets of water themselves gaining colour as they rolled lightly off the tips of his wings. A lifer for me and the prize of the day this was my first Mandarin duck! – I rushed over and as you can imagine the combination of my furiously snapping camera and my gaping jaw probably caused slight discomfort to those around me – But what a bird! – an exotic stowaway I would imagine, standing out as a rose does among daisies.

That being the highlight of my trip not much else would do unfortunately, but then, to top it off, in swam a pair of magnifiscent Pochards! these being red status in the uk I did not expect them at all but was chuffed to bits as you can imagin;  there was a beautiful male and female present, circling one another as the beautiful magenta red of the males chest and head stood out by the females textured coat. The other fowl of the lake carried a certain sense of pride themselves it seemed, to be sharing their home with such birds. Or was that jealousy? I can never tell the difference sometimes.

A Female mallard preens herself conspicuously

OLYMPUS DIGITAL CAMERA
Badgers have played a massive part in the world of every amateur Naturalist. So of course I went looking for the emblem of the wildlife trusts, not surprisingly I managed to only catch a slight glimpse of these beauties, but most of the enjoyment was in tracking them…

As I may have said before, I always get a thrill when I first glimpse that smart snout poke it’s way from the mouth of a muddy sett, surrounded by the dank earth, the twinkling dew collecting from the tip of a glowing leaf and cool evening air freshening my face. I could sit for hours on end in front of a sett to just catch one peek at old Tommy Brock – and that’s what badger-watching is all about; the mystery, the excitement of observing a very secretive mammal in its natural environment, and of course there’s the beauty of the animal you’re observing.

One telltale sign of a badger is their snuffle holes, these are funnel shaped holes that are made when a badger is searching for roots or earthworms (note: you can actually tell which food source the Badgers has been trying to get at – earthworm hunting will leave small holes at the base of the hole where the worm has been extracted from, whilst a torn up tangle of roots is an obvious giveaway), this also meant that our entire lawn was similar to a minefield in appearance due to the amount of snuffle holes that covered it, rabbits also make snuffle holes, but theirs differ in appearance as they tend to be more shallow and wider. When foraging badgers will let nothing stand in their way, and their long, strong toes and sharp claws make quick work of tough plant stems and overturned rocks and stones.

It’s funny how the colours of human civilisation must be similar in order to blend; those greys, Browns and blacks must stay together for fear of distortion, those maroons, pale yellows and washed out blues must huddle out of the rain. Even bright colours fade and stay as one, often colliding into a mirage of blurs. 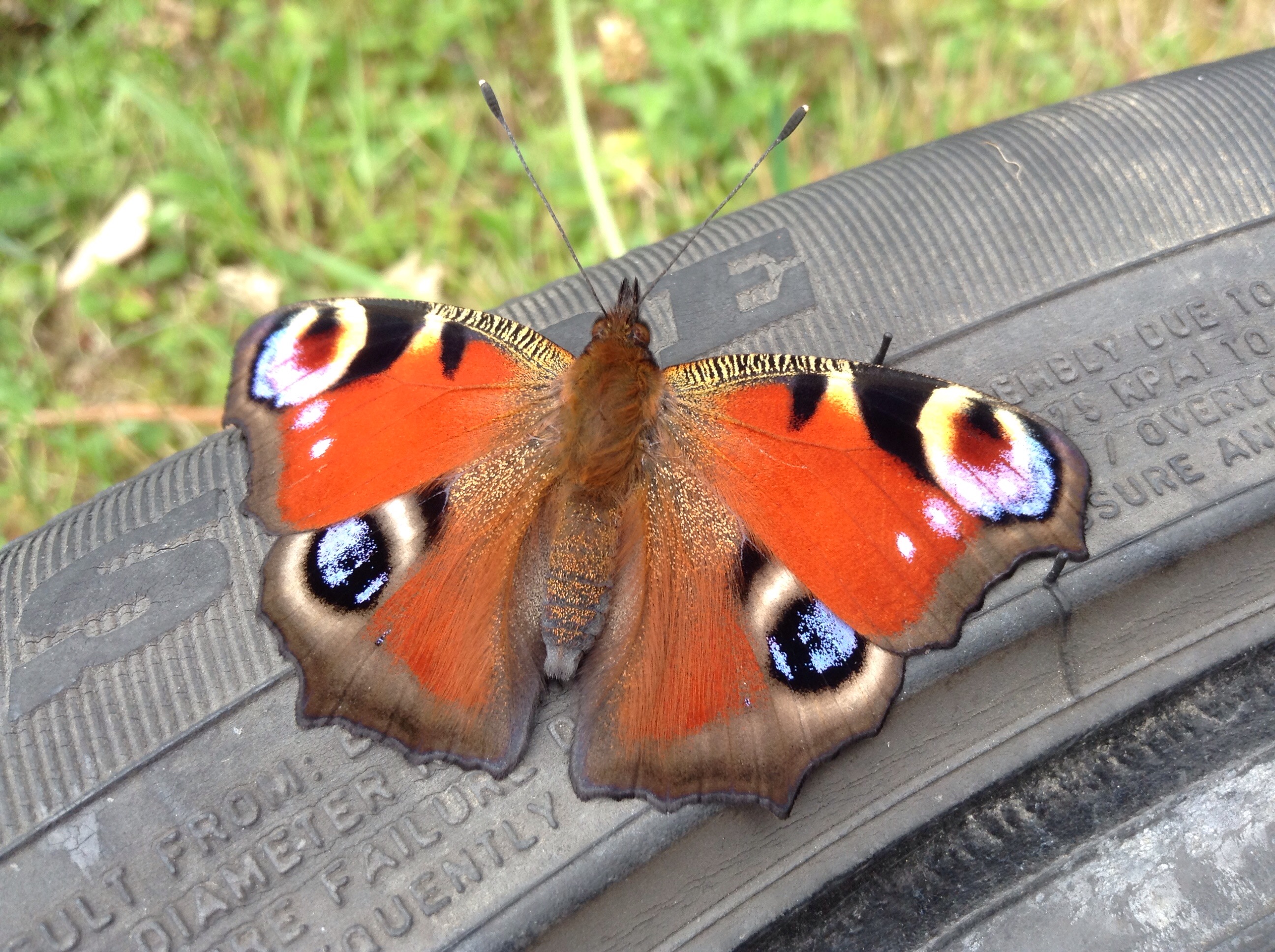 But I find this not the case with the colours of the natural world – the brightest, most exotic colours can hold hands with the so-called “dullest” of blends, one bundle of extremes can fit together to make something even more spectacular. As a result I often describe wildlife as organised chaos – on the outside a “mess” of scents, textures, colours and sounds can be observed – but look closer and the organisation is clear; everything leans on everything else for support, and the reliance upon others is clear to see. We can learn a great deal from the natural world.